With such an impressive performance of the quality of transactions, the solar industry records a total of 16 deals, reaching up to 4.0 GW in gross capacity transacted. The solar market this month presents itself with a very dynamic scenario. Among the several news worth mentioning, 7 projects were sold in development phase and Q Cells, the South Korean – German based company, has transacted  940 MW with only one deal in Spain, accounting for the largest deal in the country by Q cells up to date. For this month, Q Cells is the Top Buyer in the solar industry. As for the last month, the USA still proves itself as the country with the highest number of deals on a monthly basis, doubling the February numbers, reaching towards 8 deals closed this month.

Twinning with the solar market,  in the wind industry we are reaching with 16 deals, around 3.8GW in gross capacity transacted. By looking at the past trends, we see an increase in the total transactions not only by number, but in the number of companies  pitching in this month. A sneak peek:  the Japanese energy supplier Jera Co. Inc. Took a 44% stake in the up-to 2GW Formosa Offshore wind project in Taiwan, following the 7.64% reduction in the offshore wind FiT for freshly contracted project, which was implemented by the Taiwanese Government this year. Reason why Taiwan, gains top step in the wind podium. Furthermore, we are proud to see the engagement of several other countries in closing deals this month, especially as they are getting closer to the high level of transactions of the US, which has been keeping the lead in the market of renewables in the past months. There is higher engagement from several European countries,  creating high expectations for the future developments.

Green  Dealflow – is an online marketplace for buyers and sellers of wind and solar projects. On the marketplace, you can create  a free account and search for assets to invest in, find investors for your asset, or PPA Off-takers can look for business partners on a “no cure – no pay” basis. Further to this, Green Dealflow delivers news, blog posts and business intelligence, e.g. through a transaction database  and monthly reports. Visit us at www.greendealflow.com. 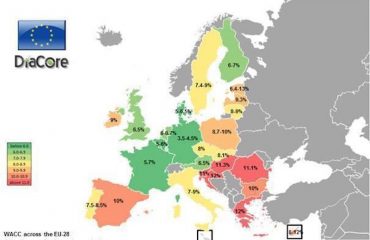