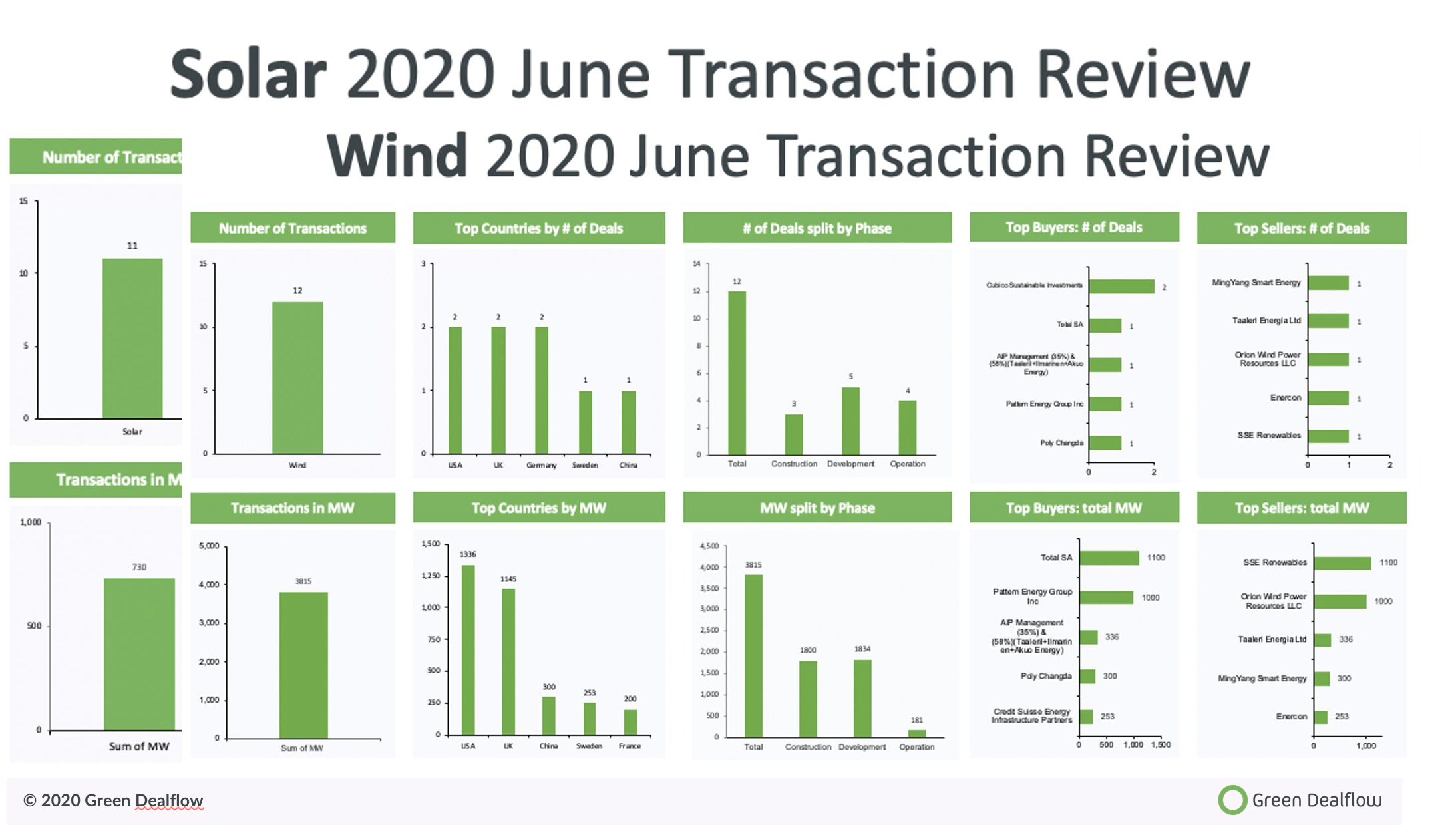 The solar industry´s performance this month is a bit below than last month. There were 11 transactions, with an overall capacity of 730 MW. This month, Poland and Mexico were the leading countries, closely followed by the USA, Spain and China. It is worth mentioning that the most significant solar transaction in Poland took place this month. Aberdeen Standard Investments will acquire a 100% stake in a turnkey solar portfolio of 122 MW developed by the Polish developer R.Power.

In the wind industry, the 3.8 GW transacted overcome the solar industry ones, with 12 deals signed (10 onshore + 2 offshore): The US maintained its position at the top of the market together with the UK and followed by China, Sweden and France. The most recognizable is the deal closed by the French giant Total and SSE Renewables, in which Total will acquire a 51% stake in the Seagreen 1 offshore wind farm project in the UK. It will start producing renewable electricity from the end of 2022, and once completed, it will be Scotland’s largest offshore wind farm.

“This move represents a major change of scale for Total’s offshore wind activity in line with our strategy of profitable growth in renewables and low carbon electricity,” said Patrick Pouyanné, Chairman & CEO of Total. 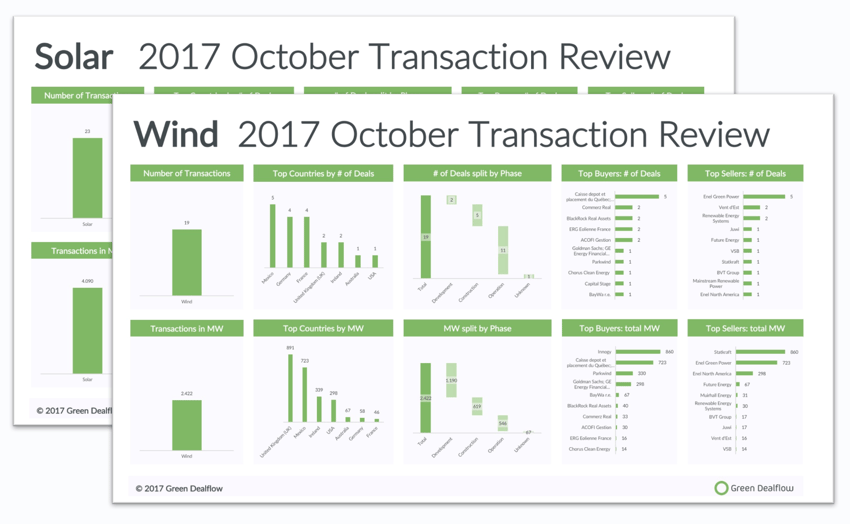 The 7 milestones of the green transformation of Denmark 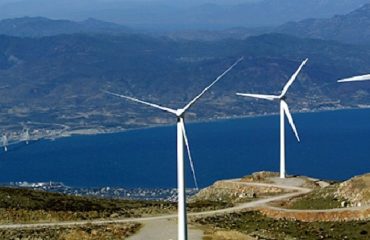