Italy Invests 18 Billion On Electricity Connections For The Green Transition 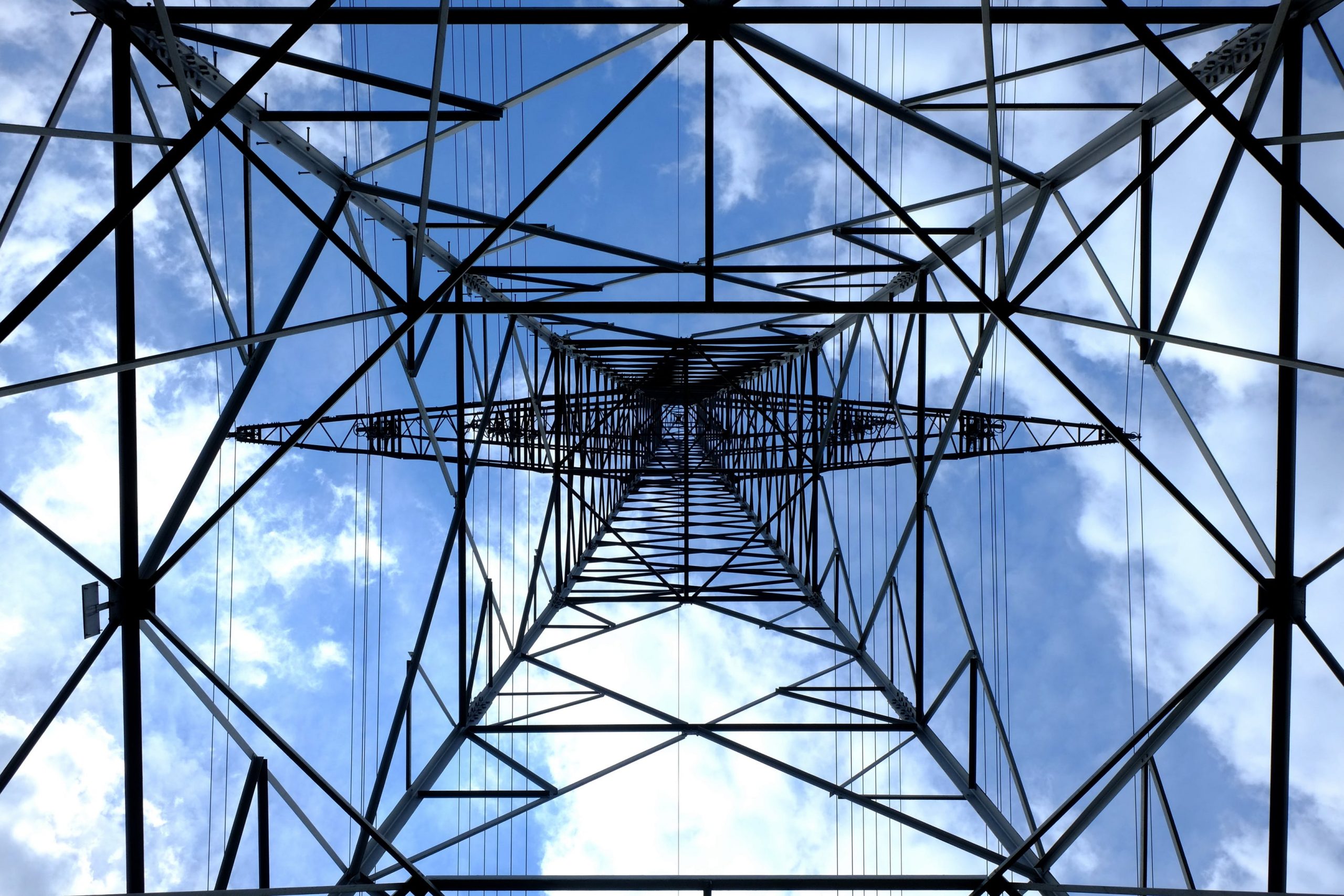 The infrastructure plan of the Italian Transmission System Operator will contribute to the green transition, with more than 30 electricity connections.

The investments aim to strengthen the grid, avoid bottlenecks, and ensure the security of supply.

The South part of the country, where is the greatest production of green electricity, also suffers from diffused grid congestions: the plans will alleviate this constraint, allowing more flows to be delivered in the North, which instead contains the bulk of the demand.

More electricity connections will be done also for the island and for the foreign countries´ connections. 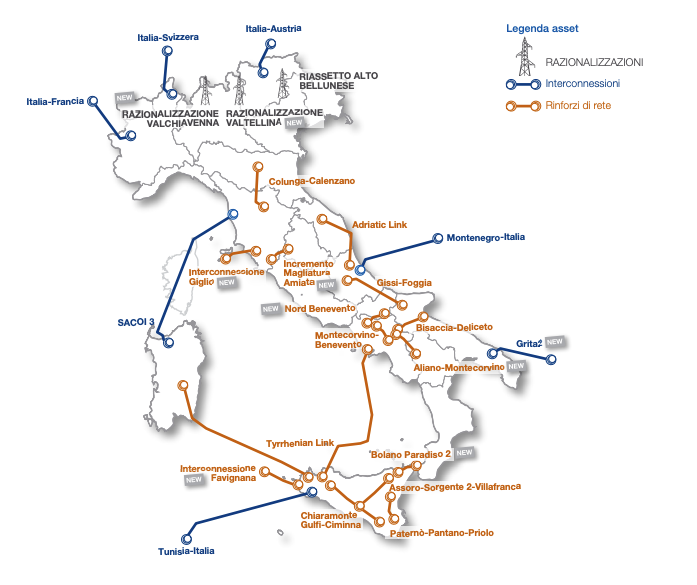 Among the strategic projects that will come into operation in the plan we look at:

· the Tyrrhenian Link, the electricity connection between Sardinia, Sicily, and Campania,

· the Adriatic backbone that will run on the seabed between Abruzzo and Marche.

Terna invests around 300 million euros in Sicily to build the Chiaramonte Gulfi – Ciminna connection. The line will connect the two shores of the island and points at improving the Sicilian grid, favoring the integration of renewable sources in the area.

The construction sites will open in 2022, and their expected completion will be in about two years.

As part of its “Driving Energy” business plan, Terna will invest over 1.7 billion euros in Sicily, developing and increasing the resilience of the regional electricity grid.

The Chiaramonte Gulfi – Ciminna electricity connection is one of Terna’s interventions that will allow the decarbonization objectives, and the integrated national energy and climate plan, up to 2030.

It will include a new 380 kV double circuit power line extending over 172 km creating better conditions for the electricity market and improving electricity grid security. 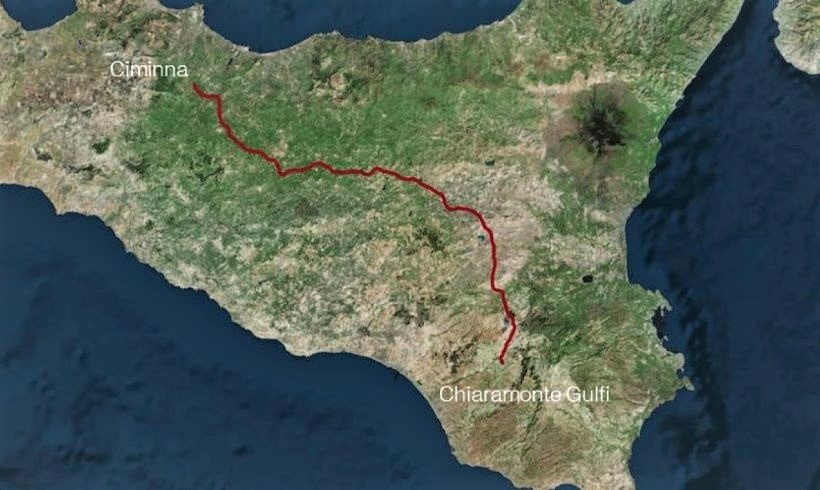 An investment of approximately 3.7 billion euros is destined for the electricity connection of Campania, Sicily, and Sardinia.

The Tyrrhenian Link is a crucial hub for the Italian energy system: it is the driver for the decommissioning of the most polluting power plants on the island and it will contribute to its decarbonization. But the project will also contribute to greater integration between the different market areas and more effective use of energy flows from renewable sources, which are constantly increasing, ensuring an improvement in the reliability of the network and the entire electricity system.

Two submarine power lines will extend for 950 kilometers in direct current. The operations will start in the Eastern Continent-Sicily by the end of 2025, while the entire work is expected to be completed by 2028.

Terna´s contract with the world’s largest cable maker, Prysmian, will have a maximum value of 1.7 billion euros ($ 1.93 billion) and the one with France’s Nexans 664 million euros. 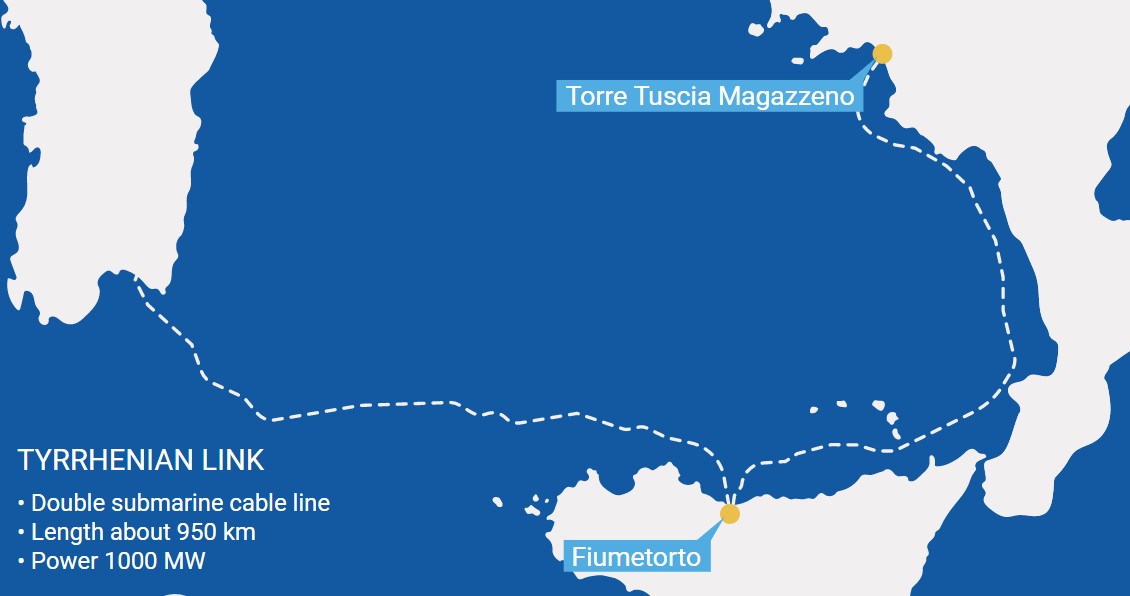 The Adriatic Link will then unite Marche and Abruzzo by sea. The work will strengthen the exchange of energy in the central part of Italy, responding to the flexibility needs of the national grid and supporting energy from renewable sources.

Based on the analyses performed in the 2030 scenarios with the 2020 grid, huge problems on the relevant border occur relative to the security of supply, RES curtailment, and high prices. The project is essential for increasing the security of supply and the amount of RES integrated into the market areas.

The total length of the electricity connection will be approximately 270 kilometers. 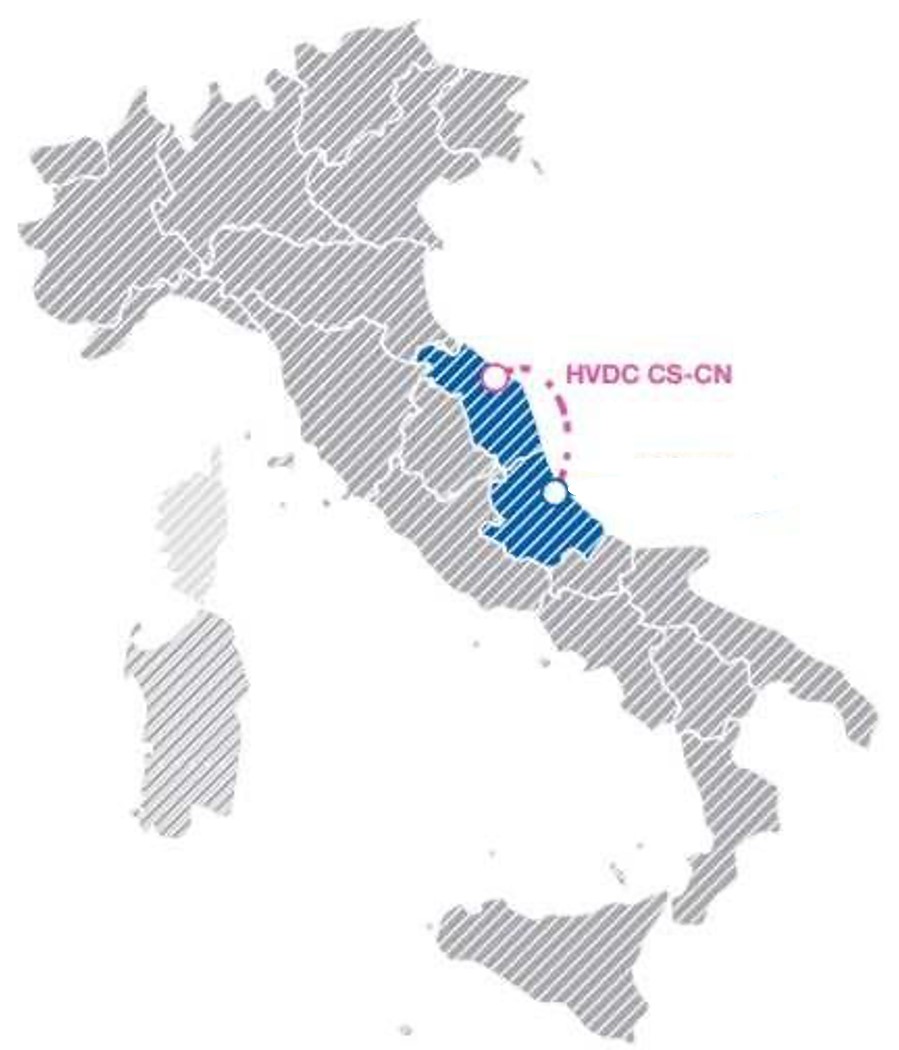 Italy is planning many electricity connections to achieve its goals in increasing renewable energy sources. This move will mitigate the effect on congestions and reduce the variability of energy prices, allowing more intermittent generation into the grid.
Solar and wind projects´ connection to the grid will suffer much less from infrastructural bottlenecks and delays, accelerating the Italian green transition. 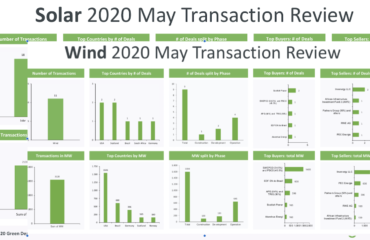 Solar and Wind Transaction Review, May 2020 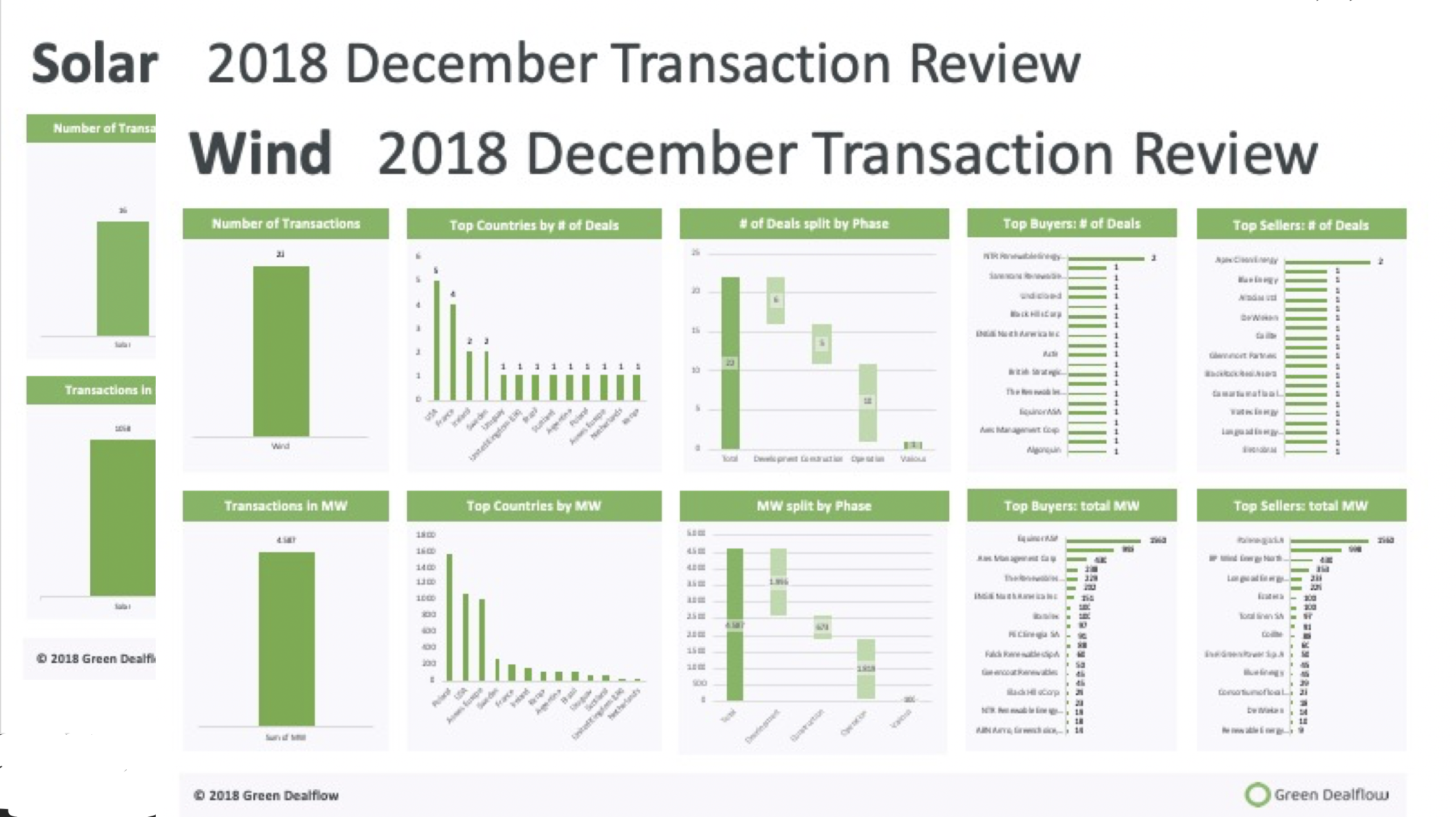