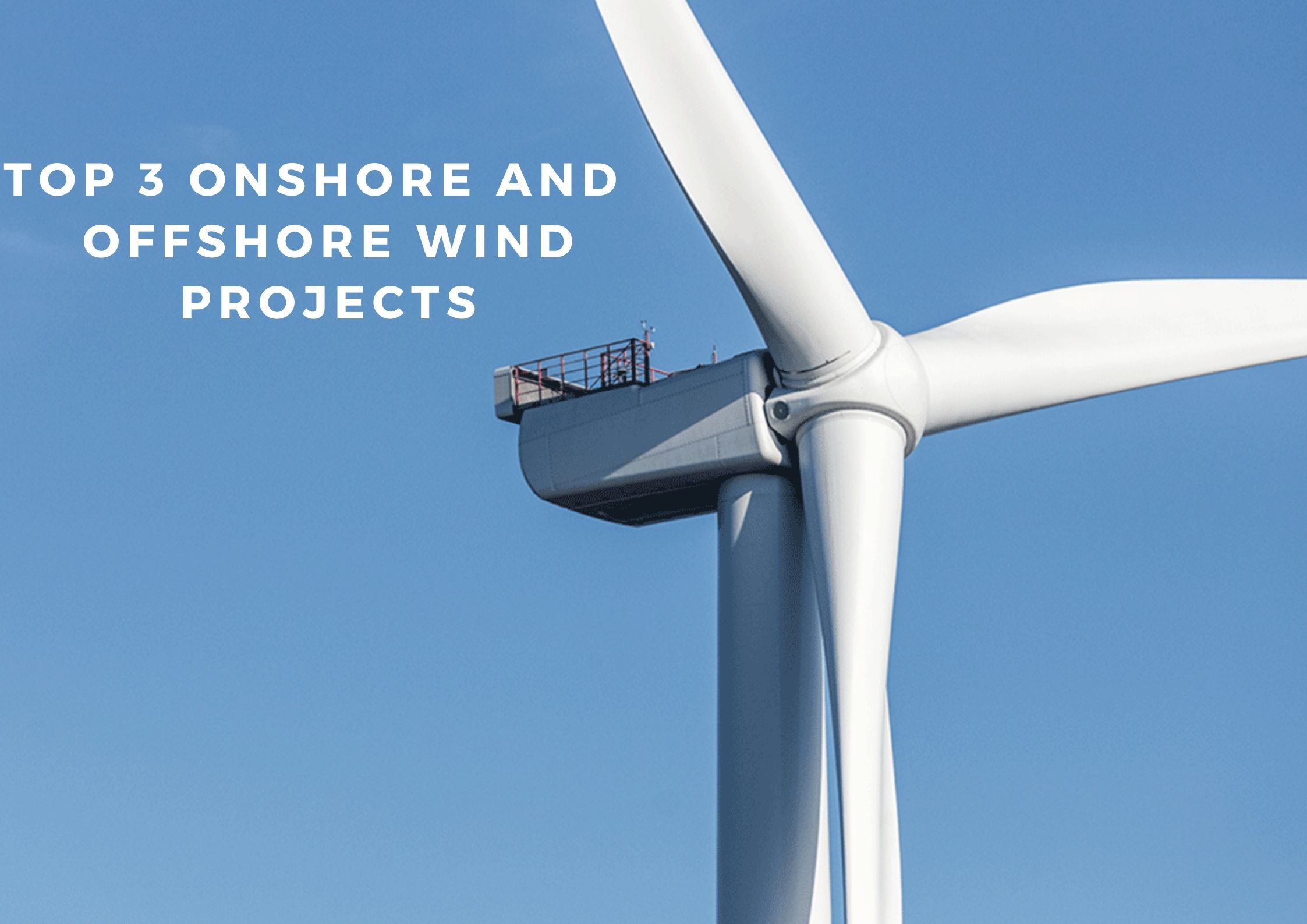 At Green Dealflow we work with solar and wind farm projects, we find inspiration from all of the developers we are working with, but also by the successful constructions, especially the joint effort that private companies, governments and households put in pushing the transition to a clean – energy powered society.

We have collected the podium of onshore and offshore wind farm project; don’t miss the first article on the Biggest solar projects worldwide. Follow Green Dealflow, read the insights you need to be part of the change!

The largest onshore wind farm is the 7.96GW Gansu Wind Farm Project. Constructed in the Gobi Desert near Jiuquan in Gansu province, it is considered to expand to and reach for a total capacity of 20 GW thanks to an investment of $17,5 billion dollars to construct 7,000 wind turbines. The wind farm is stretching over  Inner Mongolia, Jiuquan, Jiangsu, Shandong, Hebei, and Xinjiang Provinces in Gansu, China.

The Gansu wind farm project, is composed by several large wind farms, some of them operation and some more under construction. The whole project sees the involvement of more than 20 developers. The wind farm is at an altitude of around 1,700 meters in the Gobi Desert, where the average wind speeds at 90 meters above ground level are nearly 7.9 meters per second. The latest news sees at least 40% of the power produced by the giant of wind parks to be wasted, as energy demand had been undercut by the economic slowdown in the region.

The Jaisalmer wind park belongs to the Indian wind farm projects and has a capacity of 1,600MW. It is one of the largest wind farms in the world. The wind farm was developed by Suzlon Energy and featured different wind farms developed at Jaisalmer district; the aim was to accommodate the needs of public and private companies, independent power producers, and other utility providers.

The Jaisalmer Wind Park is the second largest onshore wind farm: the facility developed has been planned in order to install over 17,000MW worth of wind capacity with 11,000 wind turbines for over 1,700 customers. To place the company’s renewable energy efforts into context, Suzlon states that the power production is the equivalent of taking 6 million cars off the road.

The Alta Wind Energy Centre also known as the Mojave Wind Farm supplies around 1,550 MW of energy to Southern California Edison (SCE) for more than 25 years. The area stretches for around 1294,994 hectares in Tehacapi mountains in Kern county at a height of 915 and 1830 mt above the sea level. The plant is owned by Terragen Power, affiliate company of Arclight Capital Partners and Global Infrastructure Partners.

The contract signed in 2006 allowed construction works to start the first phase in 2010, afterwards completed in 2013. The project includes the installation of up to 600 turbines, providing power around 257,000 households in California. GE and Bankers commercial acquired the unit in 2011, owning both 50 % of the project. Blattner energy, EverPower and Brookfield were chosen as constructors participating in the different phases of the project development and construction.

The Hornsea 1 is the biggest offshore wind project of the world: the farm spans for about 407 km2, 120 km from the eastern UK coast, off the cities of Hull and Grimsby. Hornsea 1 is composed by 174 Siemens Gamesa wind turbines, producing each 7MW, which height reaches up to 190 mt. The total capacity of the farm is 1.2 GW, powering 1,000,000 households in the UK with clean energy.

The project is owned by Ørsted and Global Infrastructure Partners (GIP), who started the project in December 2014, year in which the development consent had been given to the company. The construction works started in 2016 (onshore), 2018 (offshore) and became operational in 2020.

The Borssele offshore wind farm commissioned by Ørsted, 22 km off the coast of the Zeeland province in the Netherlands is the second largest wind farm of the world, providing clean energy 1,000,000 individuals in the Netherlands. The Siemens Gamesa wind turbines are a total of 94, each of them with a capacity of 8MW, producing 752 MW.  The Ministry of Economic Affairs in the Netherlands gave the green light to the development of the offshore wind farm in 2017, with Ørsted winning the tender and producing electricity at a price of €72,7 x MW. The construction started in January 2020, despite the Covid – 19 crises and started producing energy already in April 2020. The project had been completed in the last quarter of 2020.  The latest news this month revolves around Ørsted divesting into the project and welcoming Norges Bank, who will acquire 50% of ownership of the wind project. Moreover, Ørsted is sustaining research on the restoration of reefs for cod fish around the wind turbines of the project, in order to promote the conservation of the biodiversity in the sea.

The Ministry of Economic Affairs chose the Blauwind consortium for the development of the project under a lease contract of 30 years, with partners such as Partners Group (45%), Shell (20%), Diamond Generating Europe (DGE, 15%), Eneco Group (10%), and Van Oord (10%). The investment for the project amount for a total of 1.3 €billion.  The project commenced in 2019 and had been designed to operate for 25 years. the project will be able to supply around 830,000 households in the Netherlands, through the 77 MHI Vestas  V164 –  9.5 MW wind turbines, 85 mt long.

The Blauwind consortium signed a PPA with Shell and Eneco Group, who will receive each 50% of the electricity produced by the project. Blauwind will be paid 54.49 €/MW under the Dutch scheme SDE for 15 years, afterwards the electricity will be sold at the prevailing market price available.

Green Dealflow – is a matchmaker for professional investors and asset owners in the solar and wind industry. You cancreate a free account and search for assets to invest in, or ask us about off-market projects, find investors for your projects with discretion (off-market), or PPA Off-takers can look for business partners on a “no cure –no pay” basis. Further to this, Green Dealflow delivers news, blog posts and business intelligence, e.g. through a transaction database and monthly reports. 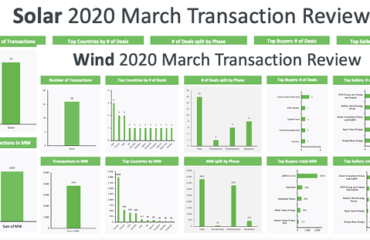 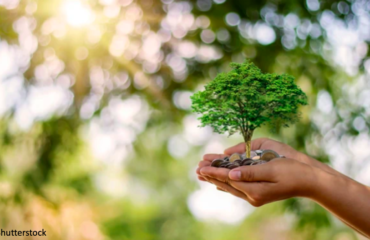